KAIST the Future of Korea

KAIST opened in 1971 with a special legislative mandate from the Korean government. The government mandated two founding missions to KAIST: to educate scientists and engineers who would work for the nation’s industrialization; and to conduct innovative research that would drive the nation’s economic growth.

In the early 1960s, the government’s foremost goal was to eradicate the countrywide poverty that followed the Korean War. To accomplish this, it spearheaded an intensive effort to strengthen the base of the nation’s technological industries.

The government aligned its economic development plans with the comprehensive technology development plan to drive industrialization in 1962. Before launching their third economic plan, which promoted the heavy and chemical industry in 1972, the government recognized the importance of fostering scientists and engineers who would work for these new industries from the late 1960s.

Brain drain was a serious problem. Many students went abroad for advanced studies, but few returned to what was one of the poorest countries in the world.

Among those who went abroad, a young Korean research professor at MIT named Kun-Mo Chung wrote a paper on how to stop brain drain in developing countries. In 1969, the new administrator of the United States Agency for International Developement (USAID) John Hannah announced a new foreign aid policy that would invest in fostering talents in developing countries, a paradigm shift from direct financial assistance.

In a meeting with Dr. Hannah, Professor Chung explained his paper on stopping brain drain in developing countries. Hannah suggested that Chung develop a proposal titled ‘The Establishment of a New Graduate School of Applied Science and Technology in Korea’ for USAID in October 1969. This proposal was officially reported to the Ministry of Science and Technology of Korea in March 1970. 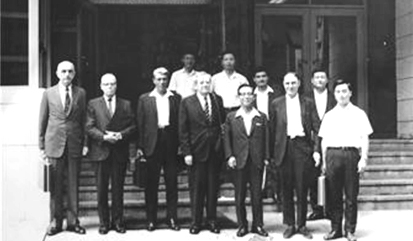 The Korean government called on Professor Chung to present his idea at a government meeting in Korea. The concept of a new science and technology university, however, faced strong opposition from the Ministry of Education over the privileged status of the new institute. Amid heated debates, the government solved the conflict with a very creative idea, putting the new research university under the supervision of the Ministry of Science and Technology. With an agreement in place, the cabinet authorized the study prepared by Professor Chung and the Korean government officially requested that USAID provide a loan for funding the establishment of KAIST in May 1970.

In July 1970, the National Assembly passed a special law governing KAIST. The special law clearly stipulated that the objective of the establishment of KAIST was to foster talents who have both in-depth knowledge of theory and the ability to apply that knowledge in the real world. The special law contained unprecedented provisions to support KAIST and recruit qualified professors and students.

USAID sent a feasibility team to scrutinize the project. The former provost at Stanford University Frederick Terman, referred to as the ‘Father of Silicon Valley,’ headed the five-member team. After completing a two-month inspection in Korea, the team wrote a six-chapter final report called ‘The Terman Report.’ The blueprint suggested that the establishment of KAIST would make a significant contribution to the development of Korea and made recommendations for the academic curriculum, faculty responsibilities, and suggested interactions with industry and other members of the academic community.

The Terman Report was finally submitted to USAID and the Korean government in December 1970 to facilitate the six-million USAID loan to Korea. The nation’s first science and technology university, KAIST, was formally founded on February 16, 1971 with six departments and the first cohort of 40 MS candidates. 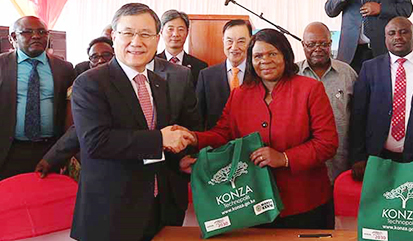 From Recipient to Donor

KAIST is currently carrying out a project to establish Kenya’s first advanced science and technology institute, Kenya-KAIST, as USAID did five decades ago, but with 95 million dollars of funding from Korea’s Eximbank. Kenya-KAIST will open in 2021.

The last chapter of the Terman Report envisioned that by the year 2000, KAIST would be a great institute of technology that would become the model for a number of similar institutions in other lands. Its vision from five decades ago has been perfectly realized in only half a century.